I Found the Heart and Soul of IT – in Atlanta 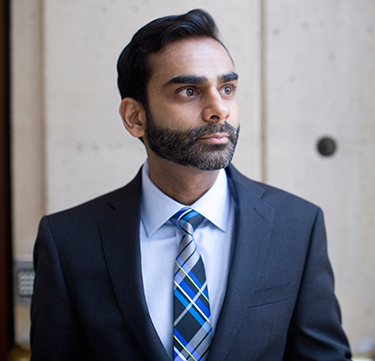 When Samir Saini, told me this, I jumped out of my chair and gave him a huge hi-five.

Here was a government IT executive, perhaps the last person you’d expect to get it, speaking a truth few IT executives of any kind ever realize. As Samir elaborated—IT isn’t about systems, infrastructure or reducing costs. IT is about one thing—people.

And as Samir told me his story, I came to see he doesn’t just talk a good game: he walks the walk.

Samir didn’t start his career in government work. Just a few short years ago he worked at the top of the corporate world—grabbing big promotions, implementing sexy projects, earning the big bucks—and he gave it all up to reconnect with the heart and soul of IT: using technology to make life better for his 5.5 million citizen-stakeholders in Atlanta, and the 75.9 million travelers passing through Hartsfield-Jackson Airport every year.

Growing up in Paramus, NJ, Samir enjoyed playing with technology as a hobby, but he was more interested in large-scale public works projects than the latest software tools. Instead of going to school for Computer Science, he chose a degree in Civil Engineering.

Right out of college, Samir joined GE and was fortunate to be placed into the famous GE IT Leadership Program. During this time, he worked across multiple business units of GE, including:

GE’s Audit Team offered Samir his first major role as their Applications Leader, in Fairfield, Connecticut. There, he oversaw the development and support of all the applications supporting the corporate Audit function.

18 months later he was on to his next major role as a Program Manager for the GE Power Unit. After proving himself for two and a half years with the Power Unit—where he spent considerable time assessing IT investments, determining ROI, developing controls for purchasing, and overall strategically managing IT and its accountability to business objectives—he was handed a unique opportunity to take on a Divisional CIO Role with GE Energy Rentals. (At the ripe age of 26.)

CIO Was Just the Beginning

This role wasn’t just some standard oversight and implementation role. Rather, Samir was tasked with the nearly impossible job of consolidating over 150 global ERP instances down into four, all while building out key new capabilities in the sales and marketing arena for the business unit’s 33 offices across the globe. Nearly impossible, sure, but Samir pulled it off.

At this point, Samir was about 10 years into his career at GE, and he felt ready for a change. When an offer came in from the CIO of the MGM Mirage to join as a VP in charge of all their Corporate Systems for their 15 hotels and casinos in Las Vegas, he knew it was time to switch ships.

But 2+ years into the job, something changed…

And that’s where the story gets really interesting.

After more than a decade following the path of a fast-rising executive, Samir did the unthinkable—he stepped away from the corporate career track he followed his whole life. In fact, he stepped away from it all to reconnect with his core values, leaving the Unites States to explore the world.

When I asked Samir what prompted him to make this tremendous change (since it clearly was too early for it to be a mid-life crisis) he answered:

“I realized I care about more than just making money—for myself and for the business. I realized I wanted to make a real difference in people’s lives.”

Samir traveled far, spending significant time in Europe and Latin America. After 18 months of seeing the world and reconnecting with what mattered most to him, Samir felt ready to reengage with the professional world… but with a very different perspective.

As Samir began to consider opportunities, he knew that the human dimension needed to factor in as a key element of his next position. And that’s why in August of 2010, Samir accepted the role of SVP & CIO of Atlanta’s Housing Authority (AHA).

The AHA worked towards a unique mandate—revitalize Atlanta’s impoverished communities, and the head of the AHA tasked Samir with applying the full power of technology to this challenge of lifting people out of poverty.

Samir got to work. He first created a solid technological foundation to improve productivity and efficiency at the Atlanta Housing Authority. But more importantly, he used his business acumen and worked closely with the CEO of the AHA to strategize and implement a bold new plan to solve Atlanta’s housing problems. They partnered with members of the private sector to move the city’s hardest-hit citizens out of areas of centralized poverty, and into economically mobile communities.

Despite his fear that his private-sector upbringing might be an impediment to success in the public sector, Samir found the opposite to be true. His experience with earning the trust of his stakeholders, focusing on cost management, and ensuring IT’s accountability, proved to be essential to creating real change within the public sector.

Stepping Up to City Hall

Four years of heads down, intense work resulted in a new approach to combating poverty, an approach so effective that the Federal government adopted as policy, As a result, Samir was offered a new, very high profile opportunity.

In late 2014, Samir accepted the substantial role of Commissioner and CIO of Atlanta.

Now at City Hall, Samir is once again putting to work the basic principles that made him successful in the private sector by focusing on helping people.

Like at the Housing Authority, and his private-sector positions before, improving day-to-day life for his internal and external stakeholders is just the start. These credibility-builders will provide Samir with the platform he needs to think bigger and more broadly about how he can best serve the people who entrusted him with his position.

Finding Other IT Pros Who “Get It”

As our conversation came to an end, I asked Samir “What could I possibly do to help you with your mission?”

He smiled and said:

“Help me find some senior IT professionals who are moved by these ideas.

Help me find some key IT professionals who can take on the role of senior stakeholder managers in order for us to make the city of Atlanta the most technologically meaningful for its citizens.

Help me find some IT professionals who get the importance of people and relationships in what we do.”

How could I refuse? Both my business and my personal beliefs revolve around developing people, relationships and communications. So, on behalf of Samir and the City of Atlanta, I’m reaching out to all of you to consider hearing his call.

Maybe you feel up to the challenge and want to write to him to join his team. If you do, he’s ready to hear from you: DITMailbox@atlantaga.gov

Maybe you feel vindicated in your own desire to make IT serve something more than implementations and budget lines.

Whatever your own unique takeaway, I hope this chance to meet Samir has helped remind you what matters most… the people. We are the heart and soul of IT.