Home > Blog > Build an IT Vision and Strategy > Pharma Mobile Apps – Are They Worth It?

Pharma Mobile Apps – Are They Worth It? 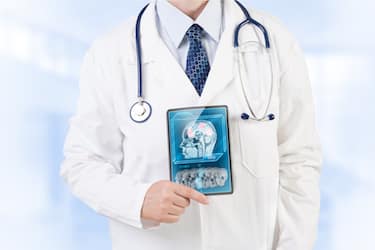 Nearly every pharma company is in the app business. With a view toward engaging patients and providing value-added digital services to supplement the core therapy, pharma companies have embraced mobile apps with a gusto.

The top 15 pharma companies have launched over 850 apps. And on average, these same companies have 65 apps each. Yup, you read that number correctly. 65. (By way of comparison, game maker Rovio Entertainment, of Angry Bird fame, has just 18 apps available for download.)

So here’s the obvious question that’s slowly coming into focus for digital pharma leaders: Is all this investment in apps really worth it?

Clearly the motivation behind the apps, i.e., to drive better patient outcomes and engender greater patient compliance and loyalty, make sense. But are they working in a big way that merits substantial ongoing investment? Or, would those same dollars perhaps be better spent elsewhere in the digital realm?

To answer that question, let’s see take a look at some key summary data (derived from a number of studies on the pharma apps currently in the IOS and Android marketplace).

The interest in pharma apps overall is pretty small.

Since 2008, pharma industry apps have registered less than 10 million downloads overall. (The top apps have been downloaded about seven million times). It turns out that most people don’t want to spend all that much time thinking about and interacting with information relative to their medicines and diseases. (Serious condition management with expensive drugs is the obvious outlier in the trend.)

Not only has the overall download volume been relatively light, but the “stickiness” has been weak as well. To date there are less than one million active users. (And mobile health app developers have been choosing to partner with pharma at steeply declining rates—a reflection of the difficulties that are associated with initiating and managing joint physician and patient apps.)

Most pharma apps are orphaned … quickly.

More than 30% of pharma apps have never been updated. A further 30% have only been updated once.

Apps produced (read funded) by the same company often do not share a single style guide or branding identity, and rarely do they reference each other. Novartis, for example publishes apps under 17 different entities.

Successful apps have little to do with pharma products per se.

The three most downloaded apps with active users are:

While these apps do have engaged audiences, they draw their “success” by appealing to a broader non-product specific spectrum of health and wellness concerns and have limited direct value-adding benefit to their associated products beyond general brand building.

App investment looks sexy and cool when it’s on the drawing board. But once it has to work in the real world, it’s a tough struggle to overcome not just competitive forces but the huge attention overload and disinterest of most people.

What’s more, as general purpose health and wellness apps from big name developers like Apple create elegant wrapper apps for all aspects of health management, it’s getting harder to find a meaningful niche for pharma developers.

Of course the one notable exception to the above rule are apps integrated into the complex, expensive therapies that often are accompanied by nursing or other pharma company services. In those cases an app can act as a critical data collection and communication tool. But even in these cases, it’s worthwhile to keep close watch of the mHealth developers’ world and the expected enhancements they have planned for complex disease management tied to wearables and other digital devices. A strategic partnership or app OEM may prove a far more effective strategy than more custom app development.

In Short: While there’s room for thoughtful app investment within your digital strategy, there are likely other areas of investment that will produce higher impact for your pharma organization.

Drop me a line to discuss where those higher-impact areas of investment in your digital strategy may lie: marc.schiller@rainpartners.com.