Run IT Like a Business: What it Really Means 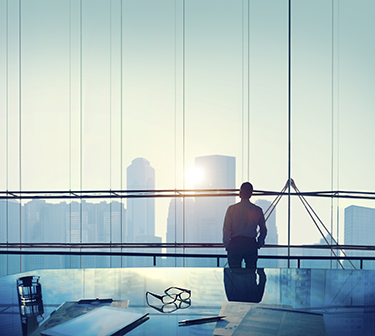 Bob worried he had a communications problem.

Really, he needed to run IT like a business.

You see, Bob was a personable, energetic, intelligent, and empathetic leader. He deeply understood his business and the value IT delivered to it. He positioned his people for success in their career development. In many ways, he appeared to be a model IT leader, and his staff raved about him.

But whenever he hosted virtual team meetings, he “heard crickets.” His people were never prepared with their topics for review, and they didn’t ask any questions.

To fix this, he wanted to beef up his communications program, and he asked me to help. But when I came onsite to his IT offices, it became clear the communications problem he saw was just the tip of the iceberg.

Bob’s Problem Wasn’t What It Seemed

His organization was a turnstile of chaotic activity.

All day, people came in and out of his office with minor requests—invoices to sign, open positions to sign off on, and other non-emergency items. Each of these items should have taken five minutes to handle, but they always required 30 minutes to resolve.

Interviews with his direct reports revealed that Bob handled most of his day-to-day organizational management himself, with this same chaotic approach:

The net of it: Bob’s IT organization was unpredictable, and his people never knew what to expect…or what was expected of them. They didn’t speak up during his team meetings because they didn’t know what they were supposed to say, what was appropriate to ask in that venue, and—often—why they were on the phone in the first place.

A Not-So-Obvious Problem for Even the Best IT Leaders 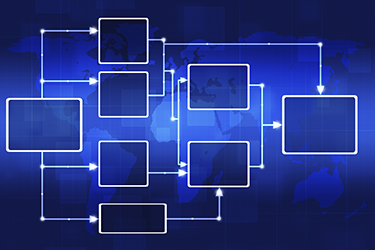 All of this probably sounds obvious to many business leaders.

But in my experience, these fundamental principles of running an organization aren’t very well understood by IT leaders. Even great IT leaders—like Bob—just never receive an education in the fundamentals of running IT like a business.

IT is a unique part of the larger business. It has many particular characteristics that make it look, feel, and manage itself differently than, say, marketing or finance. This is necessary, and an expression of IT’s DNA. And whenever IT tries to monkey with these qualities to run itself in a more generic manner, it often encounters significant problems.

But there are certain elements of the IT department’s structure that tend to work best when they work just like the structure of every other department of the business. Namely, the principles for effectively managing people within a business stay the same regardless of whether those people work in marketing, finance, or, yes, even IT.

In any activity directly related to people, IT needs to run like a business. IT needs to implement order, process, and structure around these people-focused activities to help those people succeed. Very few IT leaders are taught how to do this, so they rarely see these underlying problems for what they are. Bob didn’t.

But lucky for Bob, and lucky for most other IT leaders, these fundamentals of running IT like a business are easy to put in place.

Setting aside his communications program for the moment, Bob and I set to work fixing the underlying issues that made his people feel uncertain about how to act within his IT organization.

Over a small period of time, we defined a series of management activities and reports to put in place. Here are some examples:

These new predictable processes—and many more like them—created a sense of structure previously lacking within the organization.

Most importantly, these new structures created a much clearer set of expectations for his people. They now understand the purpose, and the expectations, of each element of how his organization runs, and when they are called on to participate, they speak up.

Take Bob’s Example to Heart: The Problem You See Is Rarely the Real Problem

Bob was a great IT leader with a blind spot when it came to the fundamentals of running his IT organization like a business.

He’s not alone in this. If you’re an IT leader who rose through the ranks based on the merit of your technical skills, you never had the chance to pick up the fundamental professional and business skills needed to run your organization optimally. (And for you individual contributors eyeing management positions, don’t expect to learn the ropes as you climb.)

The net of it: chances are, you—like Bob—also have a blind spot or two in this area. 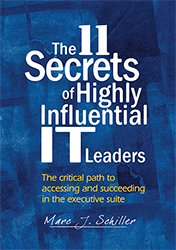 To identify and correct your IT management blind spots, click here to download your free copy of our book The 11 Secrets of Highly Effective IT Leaders .

You've heard it hundred times. You need to "run IT like a business". But what does that mean? We illustrate the answer in this case study.