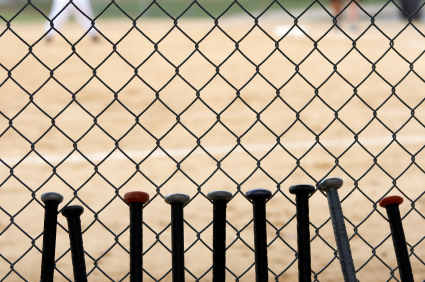 In IT, you have two paths for project success:

1. You can focus on producing small, incremental improvements to existing systems.

2. You can focus on producing large, glamorous wins by implementing new systems.

At first, picking between these two options sounds like a no-brainer. You want the home runs, right? Big splashy hits seem to offer just the sort of exposure you need to catch management’s attention and gain credit for the good work you do.

Implementing a brand new system creates increased overhead, change management issues, and a handful of other serious concerns. From a distance (and early in your career) these supposedly “cutting-edge” systems look like a chance to quickly round the bases. But to management they just look like a real big, expensive headache.

You can argue these headaches are worth suffering in order to enjoy the benefits provided by the new system’s unique functionality. But what seems like a temporary headache to you may feel so painful to management they kill the project and tar everyone associated with the “fiasco” for years.

How you improve performance doesn’t matter, only that you improve it. It’s like in baseball- how you get your runs doesn’t matter. As long as your team consistently scores runs, any kind of runs, you’re going to get ahead in the game. Hitting a home run may be flashier than hitting four singles in a row, but both scenarios add up to the exact same forward movement on the scoreboard.

Rather than pushing a new platform, focus on producing small, incremental improvements to the platform your organization has already accepted. You will still improve performance, but with a much faster time-to-payback, and all while sticking with a safer, more stable platform that’s populated with existing users who are already comfortable with it.

Even more importantly- you are already comfortable with your existing platform, which lets you make more creative implementations than you would struggling to customize a brand new system.

“But I can only take my existing systems so far”

Yes, as every IT pro knows, improving your existing system will never produce the exact same performance boosts as implementing that new system you have your eye on. But you aren’t just concerned with platform performance here… you also need to prioritize increasing your standing within your company. Continuously boost your existing system’s performance, and you will create a steady stream of new improvements to report to management- which, of course, makes you look great when you’re asking for a promotion or a raise!

And, incidentally, this solid track record of little wins also adds weight to your next big system investment request. When you’ve finally maxed out your existing system’s performance, or when you find a crucial new implementation that provides your company a unique competitive advantage, you will have a much easier time convincing management to approve it when they know you aren’t just chasing the shiniest new thing in the industry publications.

Those big, sexy systems look good, but they’re also fraught with land mines that could blow up on you along the way. Whenever possible stick to the systems you know, and the hits you’re sure you can land, and press forward without the risk of a big swing-and-a-miss!