Tech-Savvy Business Peers are Not Always Good for IT

When everyone’s a techie, is that good for IT?

I pondered this question after seeing the June 11 Businessweek cover: 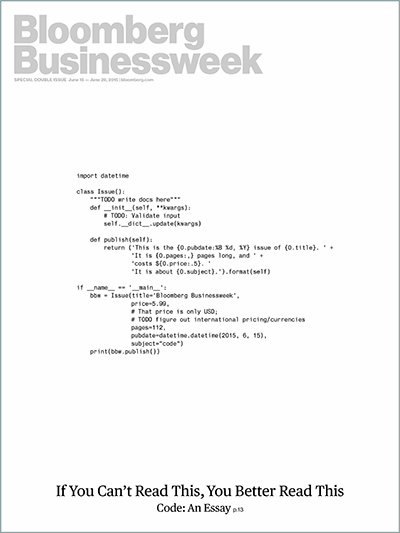 The cover article asks “What is Code?” and goes on to provide a basic primer on the subject, with the underpinning message stating you should be able to read code if you’re an upwardly mobile professional.

The initial, understandable, reaction of an IT professional?

“Great! I can read that! What’s more— technology is now so critical it’s on the cover of a prestigious business magazine. That means IT is finally getting the recognition it deserves, right?”

Yes, there’s code on the cover, but it isn’t speaking to you as an IT person, and it isn’t congratulating your ability to read it. It’s the cover of Businessweek—it’s speaking to businesspeople, and it’s telling them they have to become tech-savvy.

Now, at first, a “tech-savvy businessperson” also sounds like a win for IT.

Hearing these words, you probably imagine a businessperson who naturally invests more in IT, speaks systems fluently, and navigates technology projects with greater ease than the luddites of business past.

Imagining this tech-savvy businessperson, you reasonably expect they are going to be excited to work with you on cool new projects—and they are also going to be understanding and forgiving if things don’t go according to plan.

Unfortunately, as many IT people have learned the hard way, these reasonable expectations rarely play out in the real world.

While there are some tech-savvy businesspeople who work with IT in a sympathetic manner, I have found, more often than not, “tech-savvy” businesspeople will be less forgiving of IT, and more ready to criticize the IT organization’s operations.

The Root Problem with “Tech-Savvy” Businesspeople 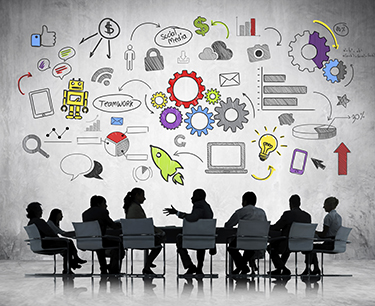 Sure, they might have taken a computer science class in college. Or they signed up for a refresher course in Project Management or Excel. Or maybe they sat with their daughter over the weekend and put up a website.

But writing a few lines of elective code, or assembling templates to set up a family website, bears only a superficial resemblance to executing a full-scale corporate IT project.

I know, this sounds obvious. You know this… But your businessperson doesn’t know this.

Which means when you come to your “tech-savvy” businessperson with delays in an IT project’s timeline, they are not going to tell you, “That’s OK, I’ve done it myself and I know these things are complicated. Should we extend alpha testing period? Invest in another dozen BA’s?”

Instead, they are going to say, ““What’s the big deal? Why is it taking so long? My kid got our family’s website up in an afternoon! Why is our company’s website—produced around the clock by professionals—going to take another month to launch?”

And when your new tech-savvy businessperson tells you this, how will you respond?

The fact is, there are many good reasons why corporate IT projects require significantly greater resources than their domestic equivalents.

Corporate IT projects are large.

When you undertake a corporate IT project, you have to juggle a huge set of requirements and challenges that include change management, security, access to standards, and multiple levels of development.

Your tech-savvy businessperson has never had to take these factors into consideration. He doesn’t understand them like you do. He might not even know they exist—no matter how many pet-projects he’s developed at home.

And because you’re the one who understands the demands of corporate IT projects inside and out, that means it’s up to you to communicate each of these factors to your tech-savvy businessperson every time he comes to you with a request or complaint—which is going to happen with increasing frequency as more and more businesspeople heed the call of covers like Businessweek’s and begin to develop their technical awareness.

For IT professionals who feel it’s their job to just do what the business tells them, this increasing volume of tech-savvy businesspeople is bad news. They are going to make your job harder. They are going to send you down more dead ends, and they’re going to blame you when following their lead doesn’t deliver the results they expected.

But ambitious IT professionals will find opportunity in these challenges.

For those of you who understand IT’s job isn’t taking orders—but instead is serving as a steward of business technology—the future looks bright. While your upcoming tech-savvy businesspeople probably aren’t going to be any easier to work with, they are going to come to you more often than they do today. And each of those knocks on the door represents an opportunity to further demonstrate your expertise, build intimacy, and become a true partner with the business as you filter and adapt their requests and complaints to meet the real demands of a true enterprise-class solution.

So, today, ask yourself…

“Which type of IT professional do I want to be?

When my company’s next new tech-savvy businessperson comes and knocks on my door, how will I answer?”

At first, a “tech-savvy businessperson” sounds like a win for IT—but they tend to be worse to work with than their technophobic peers. Here's why...