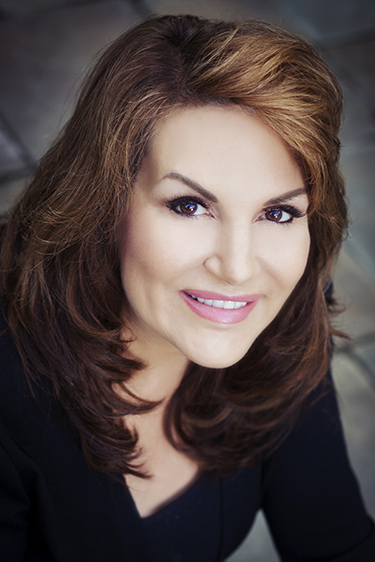 Becky Blalock remembers the old days of being a female IT leader clearly:

“I’d go to IT events and the few women attending would huddle in the bathroom and talk about how we couldn’t believe we were the only ones there.”

A former SVP & CIO, and author of the book DARE: Straight Talk on Confidence, Courage, and Career for Women in Charge, Becky notes signs of improvement for women who choose to lead in the IT field, encountering fewer instances where she finds herself the only woman represented in important meetings.

And yet, Becky resists taking these signs of improvement at face value. When she speaks with her female peers in IT, “They say there are still too many times when we are one of only a few women in the room,” and Becky finds ample evidence that—unless action is taken—the future for women in IT may look a lot like the past.

Over a wide-ranging conversation on the topic of women in IT, Becky kept returning to a single troubling question…

Becky: What happened to all the women entering computer science? The percentage of women that major in medical school, law school, physical sciences are continuing to escalate, but you see computer science dropping like a rock. In 2002, 28% of graduates in computer science were women. In 2011, only 18% were female.

In fact, last year there were three states where no girls took the computer science AP test. Of the total test takers only 20 percent were female.

And what’s most alarming—this is a snapshot of how we’re going to look 10 years from now.

Why do we see fewer and fewer young women entering IT?

The main reason women aren’t getting into IT is the lack of role models.

This past year I’ve been across the country talking to young women about entering IT, and most of the girls I talked to hadn’t even thought about IT as a career. Many said they just didn’t know anybody working in this field—and it’s very hard to be something you’ve never seen.

Now, I can tell you that these girls really do like science. When I talk to them they say “I want to go into science—but I want to go into forensic science.” Why? Because that CSI television show has made it cool.

At the same time IT has a geek image, which is not very appealing to girls. But there are a lot of really smart, interesting and attractive people who work in this field. We’ve got to do something to dress this industry up and show people you don’t have to be a geek to work in IT!

And show them that IT isn’t just computer science!

Right— I do think when people think about IT all they think about is coding, and that’s a very small piece of the job of IT. It’s an important part—and it’s a creative discipline that’s very well suited to women—but there’s also project management, and women excel at that. There are architecture jobs—which are about strategizing and planning for the future—which is also very attractive to females.

And then there are the IT leadership roles. For my book, I interviewed 28 highly successful women, and 7 of them were in the CIO role. Of those 7, only 1 of them had a degree in computer science. The rest of them had a very broad background primarily in business. At the top—in the CIO role—it isn’t even about the technologies themselves, it’s about using that technology to move the business forward.

Are these existing female IT leaders reaching out
to fix these misperceptions about women in IT?

Everybody I talked to was trying to do her part.

Many companies are creating affinity groups and mentoring programs specifically for their women. These actions are key to helping women feel more included and supported in the workplace.

Women are also banding together through non-profit organizations whose missions are to get girls more excited about these fields, and it seems like a new one crops up every day!

Women in Technology is another great organization. Not only is it an organization where women come together and share best practices, but they openly talk about what we can do to reach out to the next generation and get them excited about coming into the IT field.

What challenges do these organizations face?

IT is hard. You have to reach girls at a very young age. If you don’t reach them in middle school it can be too late. There are some core math skills you need to be successful in this field. You really have to study and work hard to excel in IT.

Then, a lot of times when they do come into IT they find themselves in the minority, and they feel disenfranchised. They get tired of being discounted and of being held to a different standard. I heard this theme over and over again this past year as I traveled and spoke to women in IT across the country.

This theme is backed up by the data. According to Catalysts, when women do come into IT they leave the field at 2.5x the rate of their male counterparts. Their research says the main reasons for this are:

We’ve already discussed the lack of role models, but these other two problems are just as important to address.

How can an IT leader—male or female—help women in IT feel more comfortable?

As the leader, you need to be very sensitive to the fact women are going to be the “different” one in most IT situations. You have to make it comfortable for them to speak up. Value their perspective—even if it challenges yours—and value them for getting their perspective out. If you don’t, you can’t benefit from having their diverse voice at the table.

I counsel men to give their female employees equal face time. Often the men socialize outside of work— at lunch or on the golf course with their male employees. Women are not purposely excluded; men just don’t think about it. But a lot of informal mentoring goes on in these informal gatherings.

So if you’re a male leader, make sure your women are getting the same nurturing. It may be that you ask them to work on a special project with you or that you simply carve out some dedicated time to update yourself on her work. But make sure you are making the investment in a relationship with her.   The number one reason people leave their jobs is the relationship with their immediate supervisor.

Clear performance expectations are another important thing for supervisors to create. Women often feel they are held to a different standard than their male counterparts. In the study by Catalysts mentioned above, this was cited as the number one reason women leave the IT field.

In addition to receiving the benefit of this different perspective,
why should IT leaders make an effort to get more women into IT?

Because it’s not just a woman’s issue—it’s also an economic issue for our country. Today sixty percent of the people in college are women.

In a recent list of best jobs for grads from Money Talks, Software Engineer was number 1, Computer Analyst was number 2, and Web Developer was number 9 on the list. These are some of the highest paid jobs in our country, and we don’t want women to feel excluded from them.

The article then talked about the supply and demand for these jobs. We have plenty of people in engineering, physical sciences and biological sciences. But there’s a huge gap in computer sciences. We’re not going to have enough people to fill these high paying jobs, and if we don’t– the jobs are going to go offshore.  When that happens, it is a loss to our country and our economy.

We need all of our young people—men and women—to become very interested in technology so that we have the talent at home to fill these jobs. And I’m excited about what I see, but I still think we have a long way to go. 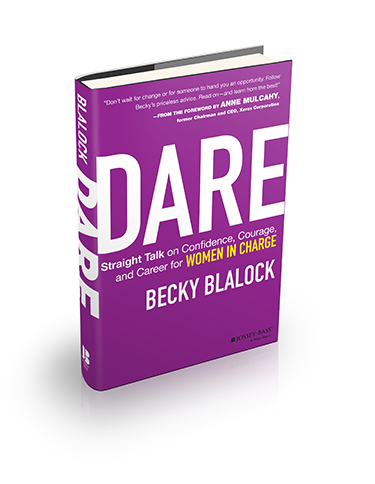 “Don’t wait for change or for someone to hand you an opportunity. Follow Becky’s priceless advice.
Read on – and learn from the best!”

-From the Foreword by ANNE MULCAHY,
former Chairman and CEO, Xerox Corporation