IT career wisdom for the long run, from Apex CIO, Rob Waddell 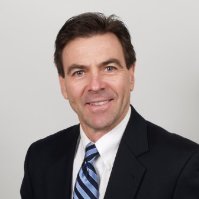 The world-famous Boston Marathon is being run this month, and Rob Waddell, CIO, SVP and Principal at Apex Systems, will once again be in the midst of the surging crowd racing the more than 26 miles through the winding streets and the hilly terrain of New England. Rob has completed over 25 marathons, including numerous runs on the challenging Boston course.

I met Rob a few months ago after an event at Virginia Commonwealth University, one of the few schools in the country that emphasizes the importance of soft skills for IT professionals in their graduate programs.

Sitting with a number of CIOs as part of a meeting of advisors to the University’s academic leadership, I was asked by a senior faculty member, “What can IT professionals tell their business leaders to get them to pay more attention to IT and its importance?”

Before speaking, I looked around the room to the CIOs assembled, many of whom share my approach and philosophy, and I asked if any of them would care to take the question first.

With a smile, Rob Waddell said, “Marc, I bet I know exactly how you are going to answer that.” Naturally, I was intrigued. “Go for it,” I said. Rob’s answer went something like this: “I’m a pretty committed long-distance runner. And for years I would try to power my way through the race. As I became more experienced I learned that you can’t push your way through the race. You have to let the race come to you.”

I was speechless. I turned to the group assembled and said, “I have nothing to add. That’s it exactly.” Well, actually, I couldn’t resist a little additional embellishment and explanation. But Rob’s point that “you have to let the race come to you” does indeed sum it up perfectly.

I was so impressed with Rob’s point (and his running stats) that I asked him to join me for a longer conversation about his ideas and career. 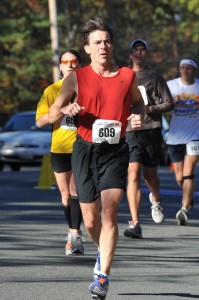 When not, literally, out on the road, Rob is applying his perseverance and skills as CIO of Apex Systems, a national provider of IT services and personnel. When Rob was tapped for the position in 2006, Apex didn’t even have a CIO. As Rob tells it, “We weren’t even at $300 million in revenue when I got there. Now we are up to 1,000 employees and more than $700 million in revenue. That kind of growth is extraordinary. I’m proud of what IT has been able to do to support that growth.”

Of course, Rob didn’t get up one day and run out of his house and cover 26 miles. Nor did he wake up one day and magically become the CIO of a successful business. What’s fascinating to learn from Rob’s experience is how much marathon running and effective IT leadership have in common. And how much each activity supports the other.

Waddell’s first step out of college was as a systems analyst doing independent verification and validation for Tomahawk cruise missiles. His work led him to Hawaii, working for McDonnell Douglas Aerospace, as the senior technical consultant to the Tomahawk missile program in the Operation Desert Storm era.

“The lifestyle out there introduced me to long-distance running,” he says. “That was a good paradigm for what I was doing. Starting out in my career (and in running) I wasn’t all that patient out of the gate – a lot of driven people are like that. We want results, so it’s hard to be patient.

But I quickly learned that you can’t sprint very far when you’re running a marathon.”

“It was much the same with the work I was doing for the Department of Defense, where projects often took a long time to come to fruition. Just as with long-distance running, I began to learn that patience and persistence over the long-term were critical to success.”

I asked Rob what he meant by patience and persistence? Did it just mean waiting around for things to happen?

Rob was quick to explain that patience, both in racing and in dealing with complex IT issues, means anything but just waiting around for good things to happen. As he tells it, “When you get out there, you often stumble or even tumble, literally and professionally. Patience means recognizing that every fall doesn’t mean it’s the end of the race. And while each individual project or race does indeed have some importance on its own, it’s the long-term story of your projects and races that really matters and that shows you what your personal best really is. No one thing defines that. You “win” when you persist and do the best you can over time.

A “pitch” to join the club

As we spoke, Rob’s deep belief in the value of long-distance running to support a healthy body and mind was evident. He couldn’t resist asking me if I run (I do, but not marathons) and about other sports in which I participate. His questions came from a place of genuine concern and belief in the value of exercise to help mitigate the effects of our highly stressed professional lives.

In particular, Rob emphasized the value of getting his adrenaline and heart rate pumping out on the road and not in a meeting with colleagues over a troubled project. As Rob puts it, “My hard running in the morning helps me to stay calm all day long and to cope with the stressors that come at work.” AMEN.

Waiting for your moment

After speaking with Rob for a while, I had a more complete understanding of how he came to the original phrase that captured my attention: “You have to let the race come to you.”

Rob explained this idea a bit more for me. “There comes a time in a race when you have to pull out all the stops and give it everything you have, all the way to the end. Finding that point is hard. But being ready for that point is even harder. You can’t power your way there, otherwise you won’t have the necessary energy. You can’t drag your way there, because you’ll arrive too late. You truly have to find the right groove and then…let the race come to you.”

True to form, when Waddell competes this month in the Boston Marathon, his goal is to beat his personal-best time. We can’t wait to hear about it.